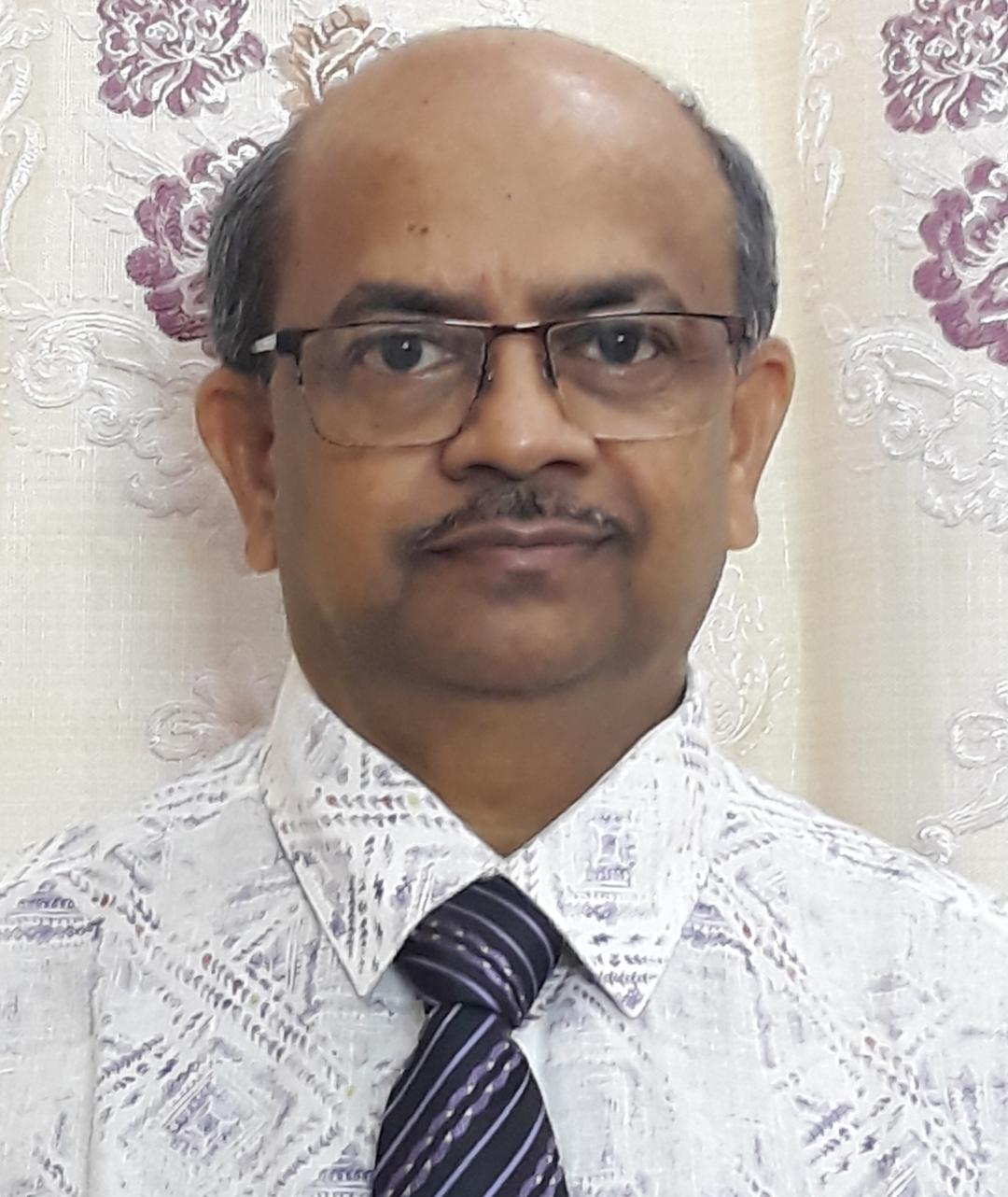 Abstract: Chronic lymphocytic leukemia (CLL) is a type of slowgrowing cancer that affects developing B-lymphocytes (also known as B-cells) in the bone marrow. B-lymphocytes are specialised white blood cells in which the bone marrow makes too many lymphocytes and in case of CLL, lymphocytes undergo a malignant (cancerous) change and become leukemic cells. Among the non-communicable diseases, cancer is the most killer diseases and hence is a worldwide public health problem. It is the result of unconstrained growth of immature white blood cells in the blood. In this talk, we discuss a compartmental model of leukemia cancer in terms of a system of coupled nonlinear ordinary differential equations to describe the cell-cell interactions inside the body. We then introduce two control variables; namely, u_1 (representing immune boosting drugs) as well as u_2 (representing engineered T-cell therapy) as immunotherapeutic treatment strategies to apply optimal control technique in obtaining optimal strategies to minimize the number of infected cells in the blood. Initially, a mathematical model of leukemia is formulated and verified for the well posedness of the solution. We also verify the stability of the equilibria (disease-free and endemic equilibrium point) of the model based on the basic reproduction number. After words, in order to minimize the number of infected cells as well as the costs of the controls, we develop an appropriate optimal control model by applying Pontryagin’s minimum principle. Finally, numerical simulation of the proposed model and optimal control model are performed to show that the effectiveness of immune boosting drugs as well as immunotherapy to defend leukemia in the blood. 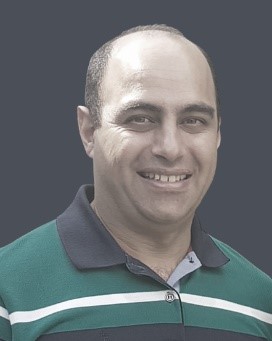 Abstract: As artificial intelligence (AI) technologies translate into real-world decision tools, many experts are questioning how much subject matter experts could trust decisions and predictions generated by these systems. Trust is the key mechanism that shapes how experts use and adopt AI. Currently, the lack of trust in AI systems is a significant drawback in the adoption of this technology in safety-critical and health-related applications. Confidence of an AI model, in particular deep learning models, about its output has been always a critical point to its performance and reliability. How can one develop, for example, a neural network that knows when it does not know? Answering this type of questions is a prerequisite for widespread deployment of neural networks in safety critical applications. The field of AI-based uncertainty quantification has gained an overwhelming attention among researchers in recent years resulting in an arsenal of different methods. Several methods and frameworks have been proposed in literature to generate predictive uncertainty estimates using neural networks.
In this workshop, we will provide a comprehensive overview on recent advances on deep learning-based uncertainty quantification techniques. This will include ensemble, Bayesian, and direct methods for deep uncertainty quantification. Applications of these algorithms for developing uncertainty-aware decision-making tools will be then reviewed and discussed. 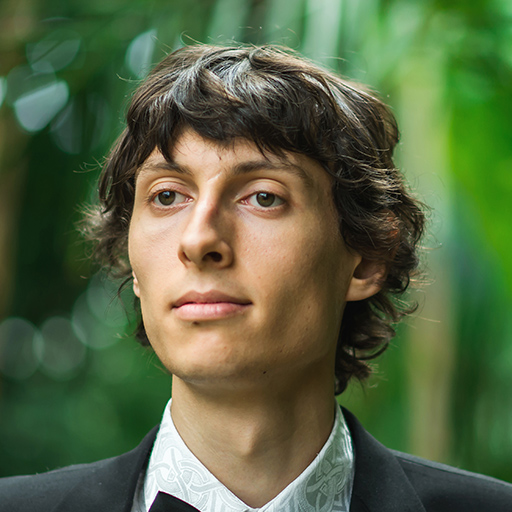 Abstract: Visualization is claimed as one of the essential “V’s” of Big Data since it allows presenting the data in a human-friendly way and is, therefore, a steppingstone for the Big Data mining process. Visual analytics, in turn, ensures knowledge discovery out of the data through cognitive graphics and filtering capabilities. But to be efficient, visualization and analytics tools have to consider other Big Data “V’s” by handling the large data volumes, keeping up with the data growth and changing velocity, and adapting to the variety of the data representation formats. We propose using ontology engineering methods to create a visual analytics platform controlled by an ontological knowledge base that describes supported data types, input formats, data filters, visual objects, and visualization algorithms, as well as available communication protocols and computing nodes, the platform modules can run on. This allows introducing new functions and distributed computation scenarios to the platform on the fly just by extending the underlying domain ontologies without changing the source code of the platform’s core. The analytics flow inside this platform is described by task ontologies enabling semantic data mining process. As a result, seamless integration with different data sources is achieved, including plain files, databases, and even third-party soft- and hardware solvers. We demonstrate the viability of the approach proposed by solving several data mining and fuzzy classification problems, including the assessment of the citizens' regional identity according to the mental maps they draw and the reconstruction of ontogenesis of extinct synapsid Titanophoneus potens Efremov, 1938. 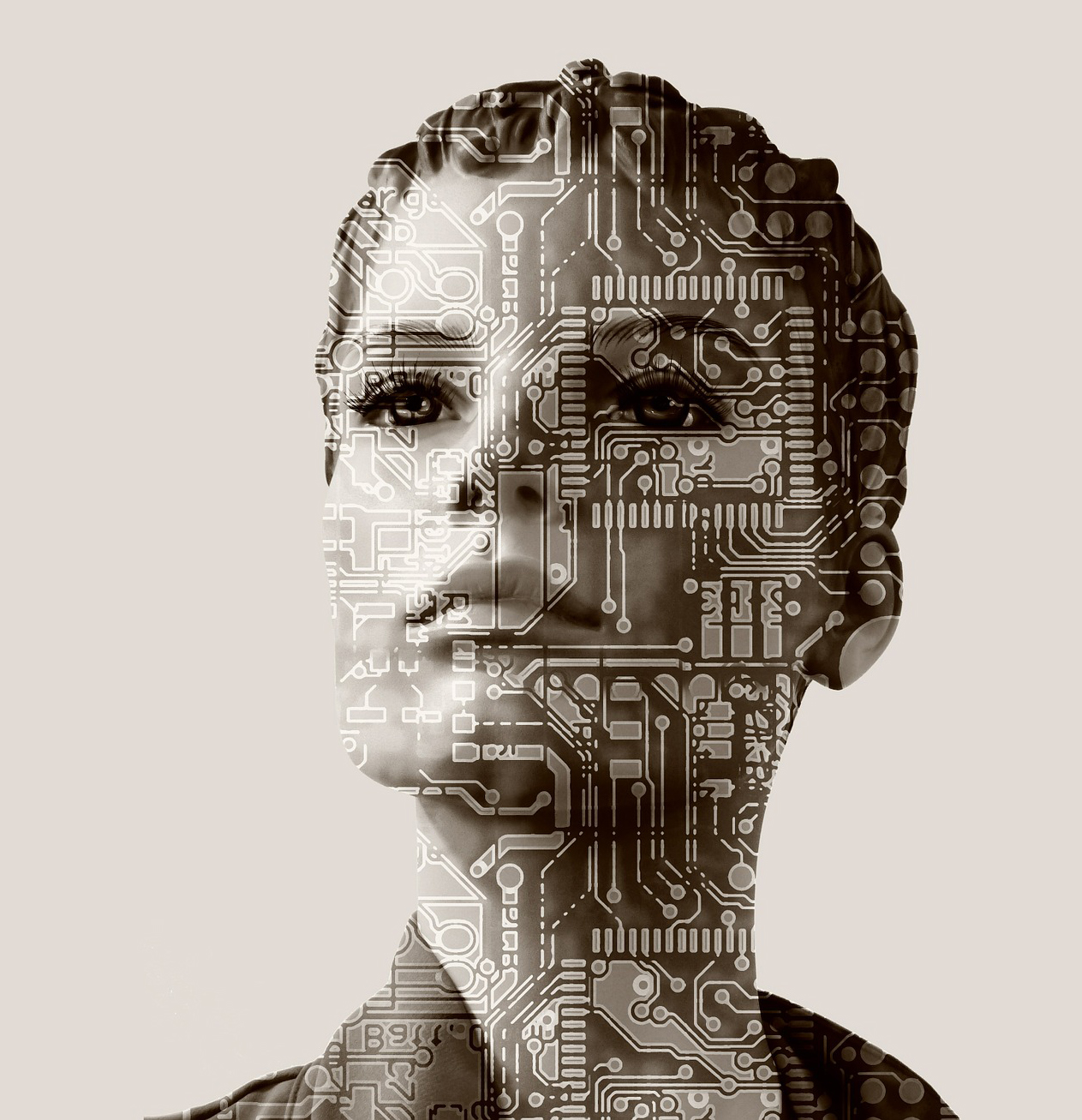 Abstract: With the rise of new technologies, such as the Internet of Things, raising the productivity of agricultural and farming activities is critical to improving yields and cost-effectiveness. IoT, in particular, can improve the efficiency of agriculture and farming processes by eliminating human intervention through automation. The fast rise of the Internet of Things (IoT)-based tools have changed nearly all life sectors, including business, agriculture, surveillance, etc. These radical developments are upending traditional agricultural practices and presenting new options in the face of various obstacles. IoT aids in collecting data that is useful in the farming sector, such as changes in climatic conditions, soil fertility, amount of water required for crops, irrigation, insect and pest detection, bug location disruption of creatures to the sphere, and horticulture. Furthermore, IoT enables farmers to effectively use technology to monitor their forms remotely round the clock. Several sensors, including distributed WSNs (wireless sensor networks), are utilized for agricultural inspection and control, which is very important due to their exact output and utilization. In addition, cameras are used to keep an eye on the field from afar. Moreover, the current rise in Artificial Intelligence enables farmers to deploy autonomous agricultural equipment and generate more accurate future forecasts based on present and historical circumstances to reduce crop illnesses and insect infestation. These two enabling technologies have together transformed traditional agricultural operations. The goal of this session is to evaluate smart agriculture using IoT approaches in depth. I will discuss the IoT applications, benefits, current obstacles, and solutions in smart agriculture. Additionally, a comprehensive analysis of the future technology and sociological potential of intelligent agricultural systems will be highlighted for adoption by farmers worldwide. 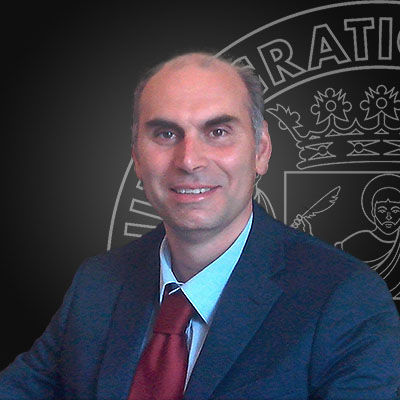 Abstract: The talk addresses the changing world of security systems, and the possible approaches to their improvement through the usage of Artificial Intelligence and Machine Learning-based techniques. Although many security aspects are addressed, the talk will be focused on addressing networking security issues. The concept of "Networking Cognitive Security" is mainly explored from three different perspectives and implementation levels, namely:
a) Network-level, by considering only data flowing in a network in order to perform Traffic Classification and Anomaly Detection;
b) Application-level, by modeling the behavior of apps in order to detect suspect behaviors.
c) Social-level, by modeling the behavior of entities involved in social communities in order to detect unfair users of social networks.
For each of these levels, theoretical aspects and implementation details will be shown. In particular, solutions based on Deep Neural Network architectures and ad-hoc intelligent algorithms will be shown.
Particular attention is given to the inner behavior of Deep Neural Networks. In this regard, a formal mathematical exploration of inner processes behind neural network architectures are shown in order to provide a useful understanding of how each neural component affects network performance. This allows improving the skill of a neural network designer to provide improvements in reliability and performance of security systems. These aspects are presented with reference to many security systems developed in our research group making use of Convolutional Neural Networks, Recurrent Neural Networks, Autoencoders, and their combinations as well as specific algorithms also based on evolutionary approaches to solve constrained optimization problems, and more. 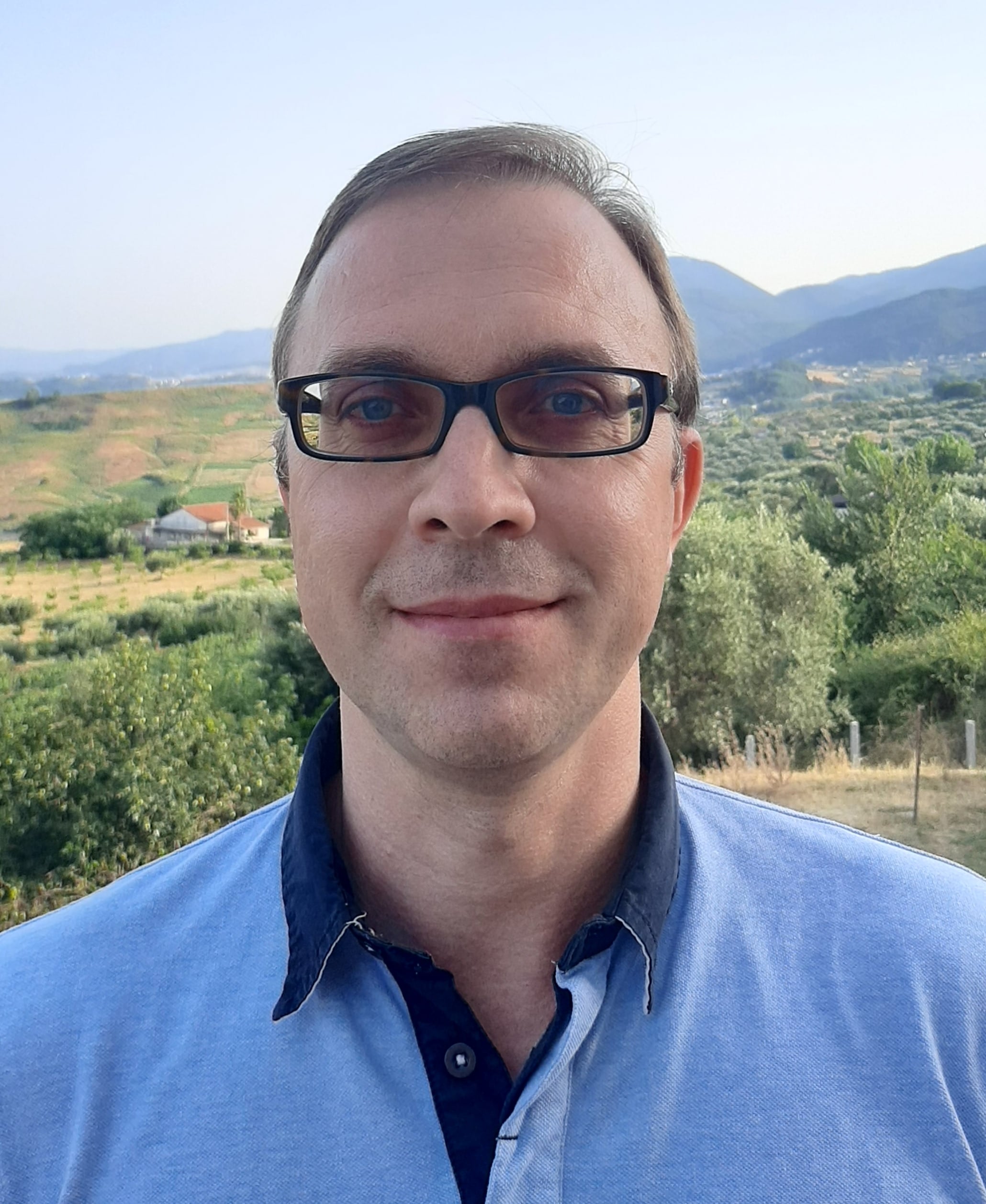 Abstract: Many problems in the design of systems with parametric uncertainty can be formulated as global optimization problems. Parameters of such systems can be unknown or not uniquely defined, while their functional dependencies can be multiextremal and with no analytical representation (the so-called black-box problems). Due to the high computational cost involved in this decision-making process, the main goal is to develop efficient global optimization algorithms that produce reasonably good and guaranteed solutions with a limited budget of function evaluations. Derivative-free methods can be therefore particularly suitable for addressing these challenging global optimization problems and can be of a deterministic or stochastic (in particular, metaheuristic) nature. Some of the methods of these two groups are briefly surveyed and their application in the fields of control theory and machine learning is discussed.

Abstract: The emergence of biometric technology provides greater security than the traditional identification and authentication techniques, which are less efficient and secure. However, the existing biometric systems such as Automatic Speaker Verification systems (ASV) are weak against presentation attack, a spoofing attack launched towards the speaker recognition system to gain access. There were numerous Presentation Attack Detection (PAD) systems reported in the literature, but lack of systematic survey available that describes the current state of research and application. This work presents a systematic analysis of state-of-the-art voice PAD systems to provide researchers with evidence to promote further advancement in this area. The objectives are two folds: (i) to understand the nature of recent work on PAD systems, and (ii) to identify areas that require additional research. As a result, a taxonomy of voice PAD and the trend analysis of recent work on PAD systems were built and presented, whereby the recent and relevant articles, mostly indexed by Scopus, published between 2015 and 2021 were considered The findings of this survey present the limitation of recent works, which include spoof-type dependent PAD, and the future direction of work on voice PAD for interested researchers is established.
Keywords: speaker identification, speaker verification, anti-spoofing voice recognition, voice presentation attack detection


More speakers will be updated soon...