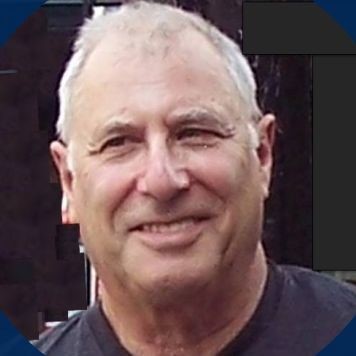 Abstract: Perception and generation of temporal event patterns, such as order of arrival of distinct events, coincidence of such events, and equality of event patterns are interesting cognitive behaviors that are simple enough to connect to potential biological realizations. Here we discuss Discrete Event System Specification (DEVS) models that exhibit such behaviors and can be developed, observed and tested in computational form. In this talk, we review the basics of the systems theory underlying DEVS as a modeling and simulation abstraction. Then we show how DEVS represents individual neural elements and their compositions to realize temporal event patterns by having the necessary states, processing signals, and memory features while coordinating themselves in space and time. Mathematical system-theory proofs of such models’ canonical minimal nature support the claim that their structures must be embedded in any plausible biological model of cognitive behavior. Thus, we argue that discrete event models of this nature constitute waypoints in the search for implementations involving elements such as neurons, neural micro-circuits, glial-astrocyte-neuron conglomerates, or as yet-unknown components. Implications of this methodology for intelligent cyber-physical system implementations will be discussed.


Biography: Dr. Bernard P. Zeigler is Professor Emeritus of Electrical and Computer Engineering at the University of Arizona and the Chief Scientist at RTSync Corp (rtsync.com). He received a B.Eng. Physics from McGill, M.S. from MIT, and Ph.D. from the University of Michigan (1968). Prof. Zeigler is best known for his theoretical work concerning modeling and simulation based on systems theory and the DEVS formalism which he invented in 1976. His book “Theory of Modeling and Simulation” has become a classic in the field. Recently, he published the third edition of the book updated with the help of two young researchers. His R&D work in academia and industry has received recognition from numerous funding and professional agencies. Zeigler is a Fellow of the Institute of Electrical and Electronics Engineers (IEEE) and The Society for Modeling and Simulation International (SCS). He is a member of the SCS Hall of Fame and received the Institute for Operations Research and Management Sciences (INFORMS) Simulation Society Lifetime Professional Achievement Award. His interests include Intelligent Systems, Knowledge Based System Design and Engineering, Cognitive behavior modeling and simulation, and cyber-physical systems Internet-of-Things realizations. His Wikipedia page is https://en.wikipedia.org/wiki/Bernard_P._Zeigler.